Aquatic and Other Worlds 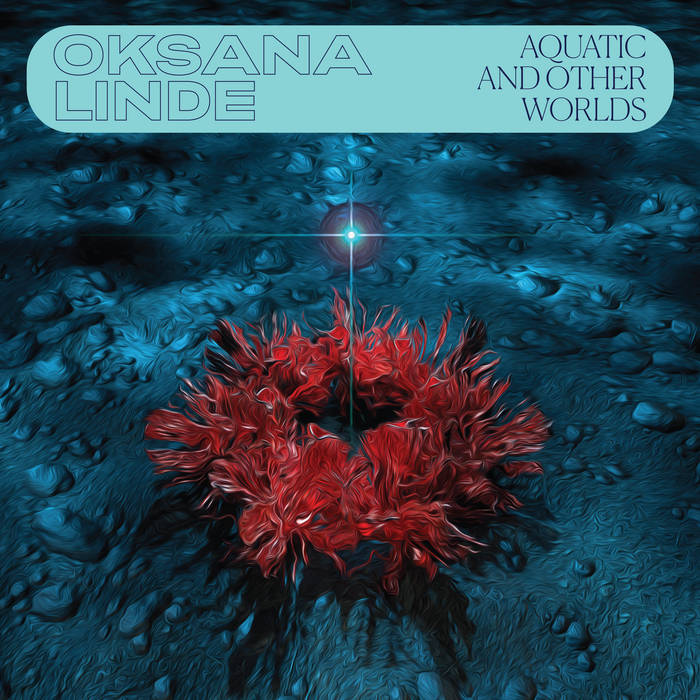 absinthefaery Like a surreal organ recital in a gothic cathedral. At times deeply unsettling, but always stirringly beautiful, and in the end, cathartic. I can feel it stimulating my frontal cortex. Favorite track: Viaje hacia la luz.

Oksana Linde is a Venezuelan artist and composer of Ukrainian descent. She started producing electronic music in the early 1980s, in Caracas, inspired by the cosmic sounds of synthesizers. She has composed music for television and theater. Almost all of her vast archive of recordings remained unreleased until the appearance of the album Aquatic and Other Worlds, which compiles recordings made between 1983 and 1989.

****
Oksana Linde belongs to the same creative trail started by artists such as Delia Derbyshire, Suzanne Ciani or Laurie Spiegel, because like them she knew how to create a personal universe by exploring electronic sounds and to find a place in an eminently masculine environment. Aquatic and other worlds is her first album, which compiles electronic synthesizer pieces recorded between 1983 and 1989. Born in Caracas, Venezuela, in 1948, into a family of Ukrainian immigrants, Oksana Linde's work became known at the beginning of the 80s, coinciding with the emergence of a new scene of Venezuelan electronic synthesizer music, with names such as Ángel Rada, Miguel Noya, Musikautomatika, Vinicio Adames, Oscar Caraballo, Aitor Goyarrola and Jacky Schreiber.

In 1981, at the age of 33, Oksana Linde left her job as a researcher due to health issues and began to devote more time to music and painting. She borrowed a Polymoog synthesizer, then a TEAC open reel tape recorder and a Moog Source. With this equipment she set up her small home studio and began to compose her first pieces around 1983-1984. She eventually expanded her equipment, acquiring a 16-channel mixer, a Roland Tape Echo, a TR-505 drum machine, a Korg M1, and years later a Korg TR-88. Between 1984 and 1986 she recorded more than 30 pieces. Between 1989 and 1996 she continued to produce another 30 pieces, thus accumulating a large archive that has remained unpublished.

Oksana Linde's music can be intensely hypnotic and psychedelic, but also melodic and playful. Linde programs and plays all the instruments, and develops melodic lines that are superimposed on loops and sequences, as well as various layers of reverberant and floating sounds that come and go, and always establish a very cinematic narrative, very typical of the tradition of synthesizer music.

The early work of women in electronic music in Latin America is one of those areas that has yet to be worked in depth, but happily research has already started. In Latin America, the introduction of the synthesizer in experimental, progressive and electronic music from the 70s on, is associated almost exclusively with male figures, which is why the work of Oksana Linde gains particular relevance, as she establishes herself as a figure who breaks that hegemony, and whose extensive production in turn places her as one of the most prolific and notable exponents of synthesizer music in Latin America. The work of Oksana Linde and the publication of this album provide an opportunity to get closer to an unexpected universe of sounds, a sign of another history that is yet to be written.