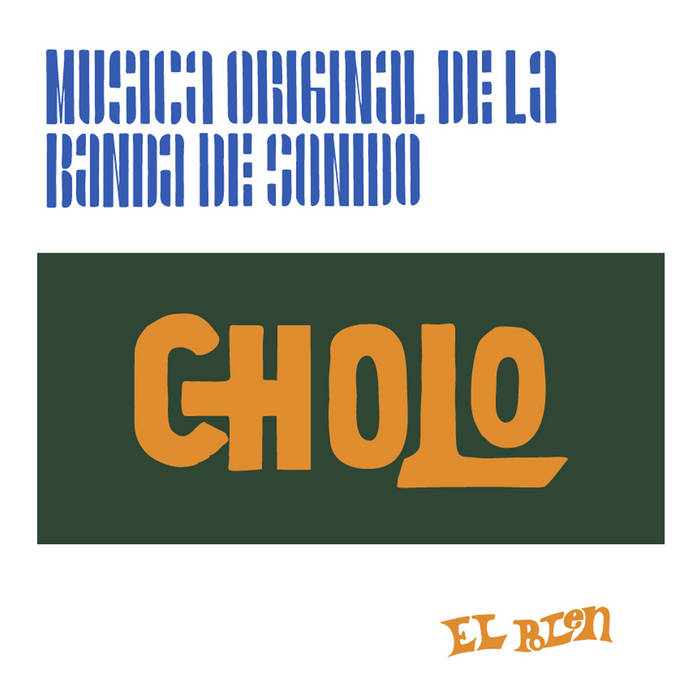 Buh Records is pleased to present for the first time in vinyl format, the re editions of the two first and fundamental albums by El Polen, the legendary Peruvian band formed by late 1960s by brothers Juan Luis and Raul Pereira. Two records highly sought by collectors round the world due to the majesty of a sound where you find Andean music, folk and psychedelia.

“Cholo” (1972) and “Out of the City (Fuera de la Ciudad)” (1973) are two landmarks in Peruvian music, as they are two works that start a path for fusion between rock and native music in Peru and Latin America.

At the beginning of the 1970s, rock in Peru began a new period. Beat and surf sounds which had identified a first generation of bands were left behind. “Matinales”, famous Sunday morning concerts were also left behind. The explosion of the hippy movement and psychedelia had transformed youth who began exploring new states of consciousness, new sounds and ways of life.

In those times, another thing was transforming Peru. In 1968 a nationalist government was established by Juan Velasco Alvarado; marking the end of an oligarchic state, which had ruled the country. Migration for the country to the city had intensified. Andean singers and musical groups began to fill coliseums located in the outskirts of the city, a new migrant population was their audience. The first
recordings of Andean music, promoted by Jose Maria Arguedas by the late 1940s acquired commercial leadership and they massified and expanded the Andean sound. Folklore then became the most solid musical industry Peru had ever had.

El Polen began to pollinate in 1969, when Juan Luis and Raul Pereira began their own personal transformations. Sensitive since very young to the sounds of rock as well as Peruvian waltzes and huaynos and classical music that they listened at home, they molded an eclecticism which became a fusion rock band, they took rock to the folklore turf. El Polen thus invented a legitimate new sound.

But musical search was also the demonstration of a new philosophy. The members of El Polen lived in community, they first moved to Cusco where they learned and deepened their knowledge of Andean instruments and musical traditions and then, in Santa Eulalia in the mountains of Lima, in a spiritual search far away from the
city. The gorgeousness of their music confirms the creative maturity they reached eliminating boundaries between rock and huayno. Acoustic guitars, quenas, cello, mandolins, percussions, these were the instruments used by the group to which they added a modern vision of production within the studio.

El Polen has been one of the most genuine forefront manifestations of rock made in Peru. Their innovations founded a new musical style, which many groups in Peru follow to present days. The encounter of Andean popular music tradition and rock that they created is one of the most creative moments of Peruvian history in the XX century.

The present edition in vinyl format has been produced from the master tapes with the authorization and supervision of the band itself. This is the starting point for a series of releases of a new collection of our label dedicated to El Polen.

© El Polen - 2018
Vynil limited edition of 500 copies.
Reedition of the original record published in 1972, from the master tapes remastered specially for this edition. Includes 8-page booklet.
Edition authorized and supervised by El Polen.

BR89
Buhrecords.bandcamp.com
unautobus@gmail.com
May 2018 / Lima-Perú
Total or partial reproduction of this record by any means is forbidden without previous written authorization by the author.