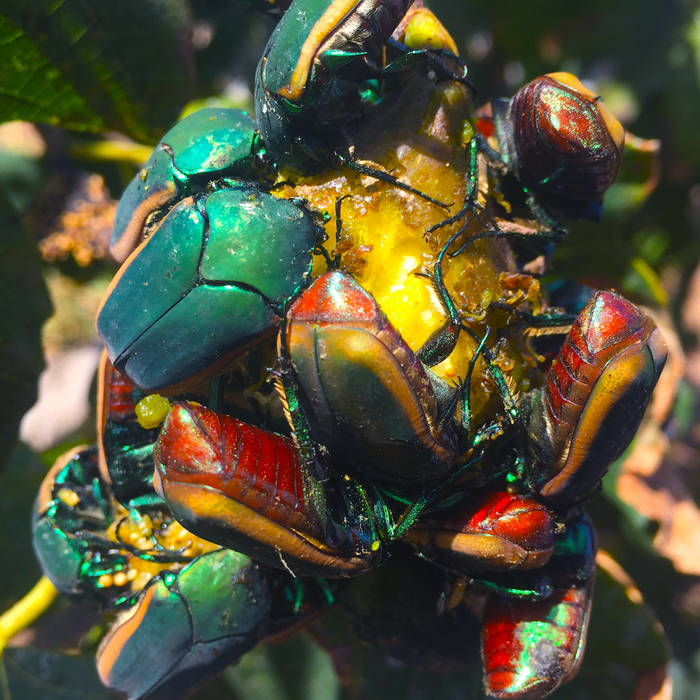 Tajak is a Mexican trio of psychedelia, drone and shoegaze, a powerful sound that has made them one of the revelations of psychedelia emerged in Latin America, which has led them to play in various international festivals. “Ciclos” represents the maturity of a sound.

“'Ciclos', is an effort from the band to represent a path, going through the different facets of being, in a plane that transcends time. The trio chose to experiment with new ways of composing experiences. This album is a trip through the neverending cycle of life, their perception and retrospective of it”

'Tajak' from the Kiliwa's (Baja California ethnic group) dialect which means ¨Esqueleto¨ formed in 2014 in Mexico City, although the members come from the Baja California Peninsula. They have realeased 2 LPs: "Tajak" (2015) and "Amsterdam 211" (2017) and one EP: "Merzbow/ Forget" (2015). The band is known for their unexpected and long improvisations at their live appearances.

Tajak is an amazing shell, at times there are brutal passages, vertiginous, and at other times the slow and mystical. Going into their music is paying the ticket to a new galaxy, where the only sure thing is the unknown.

They have played in many festivals around the world like SpaceFest 2017 in Poland, Festival Integraciones VII in Perú, Festival Aural 2017 in Mexico City and the last edition of Levitation Festival in Austin TX.

Tajak will embark in their first long duration tour all around Europe in September - October, with performances in festivals like The Psych Weekender in Manchester.