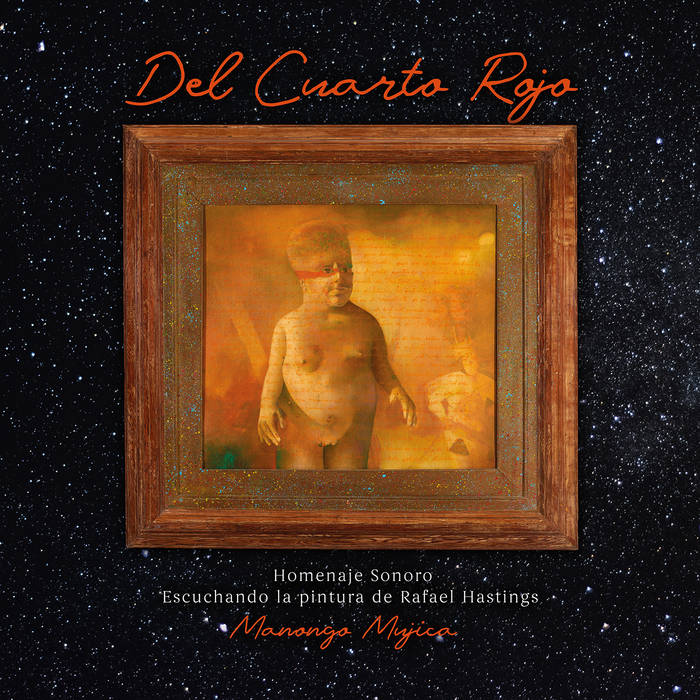 ProgRockJournal A listening recommended to all lovers of experimentation and albums where the search for new sounds is at the center of the project. Anyone who knows Manongo’s music knows how interesting his musical research is, which explores very wide territories of Experimental music in particular.
Read full Review here: progrockjournal.com/review-manongo-mujica-del-cuarto-rojo/

The story of "Del Cuarto Rojo" “ (From The Red Room)” began in March 2020, when the Peruvian composer and percussionist Manongo Mujica received a call notifying him that the visual artist Rafael Hastings, his friend of almost half a century, had passed away. Since then, and in the midst of the pandemic, Manongo Mujica began a personal journey searching for sounds, which has resulted in a new set of pieces that evoke the memory of a friendship.

The history of this friendship dates back to 1974, when a young Manongo returned to Lima, after ten years living in London, while young Rafael Hastings and Yvonne von Mollendorff settled in Peru after a long period in Europe. Since then, the collaborations between these artists have been continuous, always marked by an experimental impetus. The attitude of listening to images and painting sounds was more than a metaphor, and became a code that identified them and a way of working, where the crossing of disciplines set the tone, both in video works and in unusual visual / conceptual scores, works of dance and experimental music, in the context of a creative effervescence that renewed the arts and music in Lima in the 70s.

“Del cuarto rojo” is an album that integrates many of the musical resources developed by Mujica. It is an amalgam that well sums up his own language: from the creation of environments with extended techniques and objects, to experiments in jazz fusion; from the use of field recordings and sound montages, to compositions with string arrangements: everything around the hypnotic pulse of percussion and drums, which oscillate between moments of subtlety and explosive improvisation.


Manongo Mujica
Percussionist musician, composer and visual artist. He was a member of the psychedelic rock band Los Mad’s (1970), founding member of Perujazz (1984), the first band connecting Peruvian rhythms to jazz. Pioneer of free improvisation in Peru in the mid ‘70s. Manongo Mujica has given concerts in diverse stages round the globe, he has composed diverse soundtracks for films and presented shows which bring together music, visuals and dance. Manongo Mujica has collaborated with artists such as Terje Evensen, Acid Mothers Temple, Richard Pinhas, João Pais Filipe, Alan Courtis, Martin Joseph, etc.