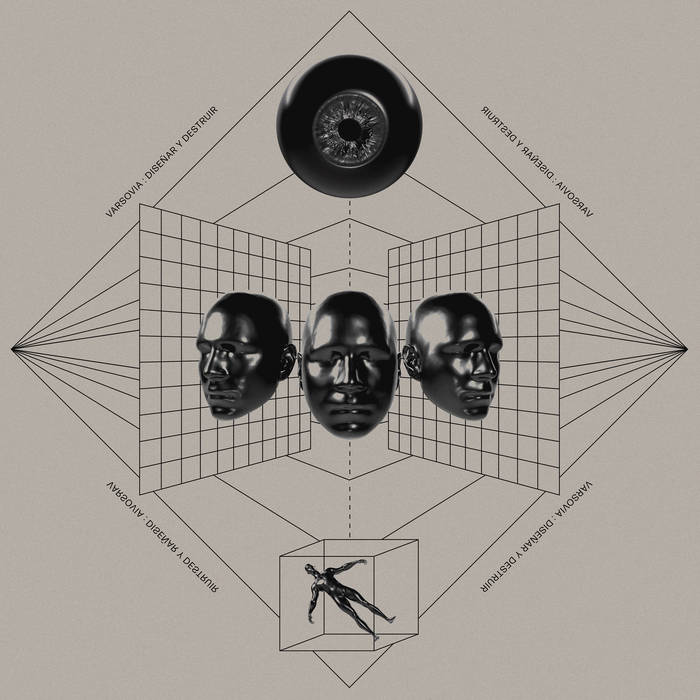 Diseñar y destruir [Design and Destroy] is the second album by Varsovia, an electronic punk project created in Lima at the beginning of 2012 by Dante Gonzales (synthesizers), Fernando Pinzás (synthesizers) and Sheri Corleone (guitar, vocals). Unlike their celebrated debut album Recursos inhumanos [Inhuman Resources] (2014), this new production reflects a greater influence of styles such as industrial music and EBM, but maintaining the sound of analog synthesizers as a principle. The lyrics follow a concept based on the period of violence that Peru experienced in the 1980s, with samples of General Juan Velasco Alvarado and songs that refer to situations such as blackouts, bombings of terrorist groups, and the uncertainty of living in the midst of the armed conflict in a city lost in chaos.

The songs of Diseñar y destruir were recorded between 2015 and 2017, and finished during 2021. This process was marked by the exit of Corleone (when she moved to the Netherlands) and the entry of Carla Vallenas as lead singer, with whom the first version of the album was recorded and a promotional video was released. During this period, the band shared the stage with important artists such as She Past Away, Sixth June, Ash Code, Mueran Humanos or the legendary group of the 60s, Silver Apples.

After a few years of activity, Carla Vallenas left the band, and both Dante Gonzales and Fernando Pinzás went on to work on different personal projects. Until 2021, when, after a brief activity of Varsovia as a duo, they decided to re-record the album with Sheri Corleone on vocals and guitar, marking the return to the original formation of the group.

Varsovia has gathered great international attention in recent years thanks to the inclusion of a song from its first album in the soundtrack of the HBO series Los Espookys. The band was again invited to include a new song in the second season of the series, which premiered during 2022.

Diseñar y destruir is published by Buh Records in vinyl format in an edition of 500 copies and includes guest musicians such as Mexican saxophonist Martín Escalante and guitarist Óscar Reátegui of the legendary band Dios Hastío. It was recorded and mixed at Paraíso del Silicio by Dante Gonzales, and mastered by Alberto Cendra at Garden Lab Audio. Cover art by About Studio.

All songs composed by Dante Gonzales and Fernando Pinzás

Special thanks to Carlos Vásquez Barrantes, Luis Alvarado, Ricardo Delgado, Eduardo Neira Barbie and all our friends and followers