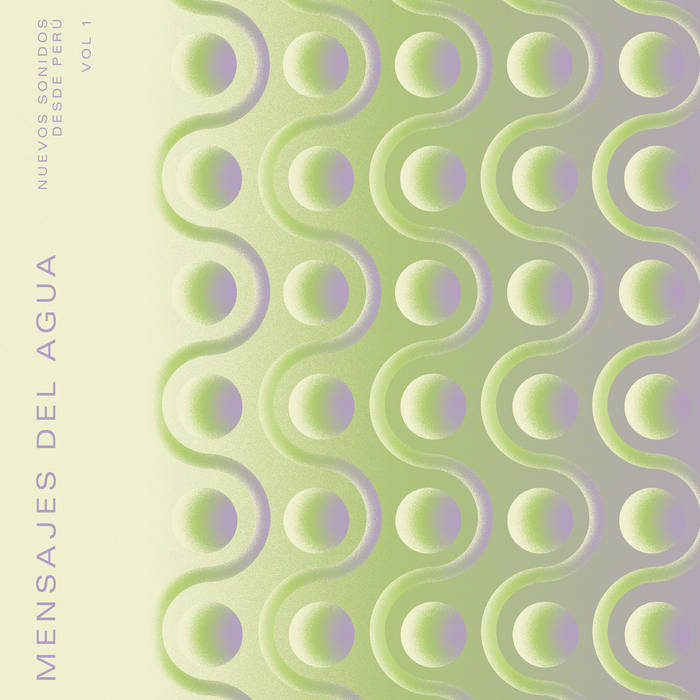 This compilation presents a selection of young Peruvian artists who have in common a taste for electronic and electroacoustic sounds. It offers a panoramic view of the new directions in electronic and experimental music made in Peru.

We find here pieces of a new kind of ambient music, both nostalgic and futuristic, such as those by Soarer, grave for amanda, or Ayver's neoclassical forays into piano and strings composition; atmospheric electronics with Andean elements by #DMTh5; soundscapes made from field recordings by Vered Engelhard; a sound collage by Lucía Beaumont; the synthesizer explorations of Mauricio Moquillaza and Vrianch; and electroacoustic works by Michael Magán and Isabel Otoya, the latter based on the transformation and modeling of the sounds of a marimba.

These artists are representative of a new generation of Peruvian musicians who are interested in sound exploration and are working towards new ways to energize the local scene. This is most apparent in the emergence of collectives to promote new music made by young people, such as Dehumanización or Retama, as well as in the development of a new strand of electroacoustic composition connected with circuits of the musical underground. This generation has gravitated toward an evergrowing interaction between music and the visual arts, and a greater exchange between artists from various regions of Peru. But they are also solitary artists, in the sense that they work in individual projects, and most of them have their own home studios. They are musicians and at the same time their own producers, whose music searches for specialized circuits through the Internet.

The compilation Messages from water: New sounds from Peru, Vol. 1 is also the first of a series produced by Buh Records for Centro del Sonido (centrodelsonido.pe), a website set up as a digital archive of Peruvian experimental music and sound art. The compilation has been made by Luis Alvarado and is published in digital and a limited edition on cassette. The mastering was made by Alberto Cendra and the art by René Sánchez.

This project was awarded with funding from the Economic Stimuli program of the Peruvian Ministry of Culture.


S O A R E R is the musical project of Enzo Arzola (Lima, 2001), focused on experimental electronic music. It has been described as “vapor adjacent”. His project explores the world of sampling and cyberpunk aesthetics. Arzola has other aliases, too: among them, Blurred Hologram, devoted to Dub and Ambient Techno.
soarer1983.bandcamp.com

Vrianch is an acronym of Victor Chang, the creator of this project. He studied sound and music engineering, produced hip hop music in Piura and formed the Miquela duo. With Vrianch, he focuses on 3 genres: pop, instrumental electronic and experimental.
soundcloud.com/vrianch

Lucía Beaumont studied painting at the Catholic University of Peru and art direction at the Centro de la Imagen. She has participated in the Exhibition "Antiviral: Recent Peruvian Video Art" at the Pucp Cultural Center, where she presented the experimental sound piece "Rapaz". Her pieces explore the techniques of concrete music and sound collage.
soundcloud.com/luciabeau

Michael Augusto Magán Palomino is a composer born in 1995 in the city of Huancayo, Peru. He is currently studying musical composition at the National University of Music of Peru. He has premiered various works in recitals, festivals and national and international competitions.
soundcloud.com/michael-magan-palomino

Mauricio Moquillaza is a composer and improviser. He has performed in various branches of experimental music, sound art and improvisation, mainly with electric bass, double bass and objects. He is currently exploring composition and improvisation with semi-modular synthesizers. At the beginning of 2019 he founded the collective “Dehumanización”, where he works as a cultural manager, performing experimental music concerts. In 2020 he founded 1049 together with Marcelo Mellado and Diego Faucheux.
mauriciomoquillaza.bandcamp.com

Ayver defines his musical project as "a chest of memories and thoughts". His music travels through the paths of ambient, with the sound of the piano as the main element. To date he has published two EPs and two albums. After his latest release, "Healing", he has been collaborating with other projects in complete anonymity.
ayver.bandcamp.com/music

Vered Engelhard is a Peruvian artist and academic based in New York. Their work focuses on acoustic ecologies and the ethical dimension of objects. Using mobile instruments such as flutes, pututos, rattles and mobiles and amplifying present elements such as wind, water and stones, their music is always emerging from the place in which it takes place. Their compositions have been performed at National Sawdust, Areté Gallery, the Segal Theater, Columbia University, Human Impact Institute, among others. They write essays on art for various specialized publications.
soundcloud.com/vered-engelhard

Irma Cabrera Abanto (Cajamarca, 1991) is a graduate in communication sciences, audiovisual producer, photographer and experimental musician. Through sound art, she seeks the generation of lysergic atmospheres and landscapes, making use of pre-Columbian instruments combined with contemporary digital sounds. She introduces herself under the name # DMTh5.
dmth5.bandcamp.com

grave for amanda presents herself as "a girl making strange music". She has published several albums through bandcamp in which she explores various possibilities of ambient and the evocative sounds of post-rock. She has another musical project called Ojeras de damita, focused on sound collage and hauntology.
graveforamanda.bandcamp.com

Isabel Otoya. Musical creator from Lima, Peru. Bachelor of Music with mention in Composition at the Peruvian University of Applied Sciences. She is a founding member of Retama, the first Peruvian group of contemporary women composers. She released her first EP, “De un acorde”, in 2021, where she showcases her work as a producer and creator. Her musical work is also available on her YouTube channel and on Soundcloud. It consists of contemporary pieces, interdisciplinary collaborations and songs.
soundcloud.com/isabel-otoya