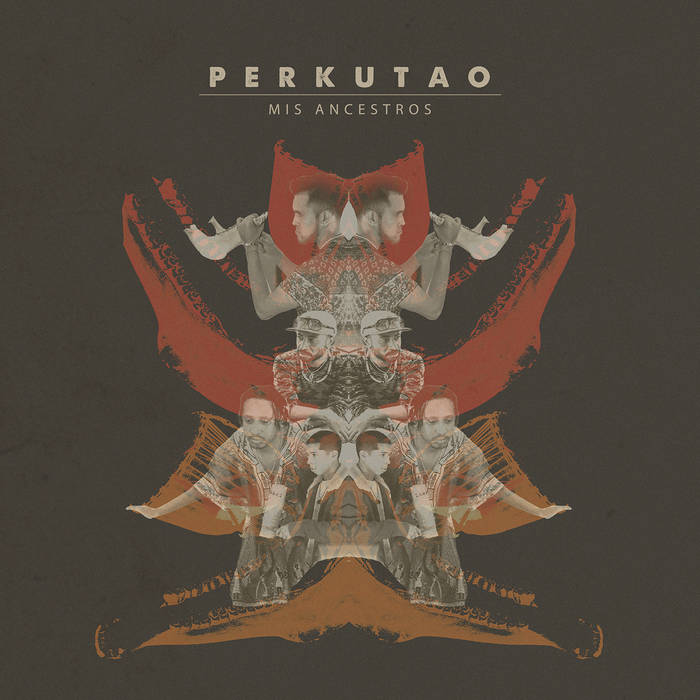 Among Afro-Peruvian music ensembles that have emerged in recent years, there is one that has dared to take the sound to new dimensions. Heirs to the best Afro-Peruvian tradition, Perkutao has been able to integrate Afro-Cuban elements and various contemporary popular styles, which they play with amazing speed and precision. Perkutao opens a new direction for Afro-Peruvian music, its sound is an
evocation and the here and now, it is deep-rooted but freely flowing percussion. “Mis ancestros” (My Ancestors), is their debut album for Buh Records.

Perkutao is an Afro-Peruvian percussion ensemble founded in 2005, directed by Percy Chinchilla, musician, percussionist, zapateador and teacher of young generations of percussionists. “Mis Ancestros” (My ancestors) is their first record under the production of Manongo Mujica and is the fourth title of the collection “Perspectivas de la Música Afroperuana” (Perspectives on Afro-Peruvian Music). Chinchilla shares the artistic direction of Perkutao with William Nicasio ‘Makarito’, another outstanding percussionist. Both grew up in the famous Callejón del Buque, in the district of La Victoria, a spot preferred by bohemians and known by local music partying -jaranas criollas. Both were also formed in Perú Negro, an emblematic Afro-Peruvian ensemble, and both carry in their blood the cult of percussion and Afro tradition. Chinchilla comes from a family of Afro-Peruvian musicians including Caitro Soto and Ronaldo Campos. And Makarito is the son of Macario Nicasio and grandson of El Niño, legendary Cuban percussionist in charge of introducing congas and bongo to Afro-Peruvian rhythms. Perkutao arose precisely from the merging of these traditions, Afro-Peruvian, Afro-Cuban and Caribbean music, and have become one of the most sought-after percussion ensembles due to the intensity of their sound and their powerful performances that include stage movements and surprising acrobatic skills. In addition to Chinchilla and Makarito, the ensemble is completed by Edu Campos, Andree Liendo and Víctor Sánchez Pitín.
When we started the project of making a collection of Afro-Peruvian music -Perspectivas de la Música Afroperuana (Perspectives on Afro-Peruvian Music), we were looking for an ensemble to dive in the sound of rhythms as the essential basis of this music. One day in my studio in Chorrillos, after finishing Juan Medrano Cotito's project -Hechicero-, the second album of this collection, I was talking with Percy Chinchilla. I wanted to show him some of my songs and I proposed him to record some ideas for cajón and African balafon. I was looking for a way to ritualize the landó, for a way to tell the story of Afro-Peruvian rhythms from an ancestral sound conception. Suddenly I asked him, "Percy, do you know any ensemble that is in the search for the essence or the origin of rhythms?" And Percy answered, "I have that ensemble, it is called Perkutao". I was speechless with astonishment and said to him, "And why didn't you ever tell me?"; he replied, "Manongo, you never asked me that before". Tell us Manongo Mujica, producer of the album.

"I follow in the footsteps of my ancestors, to the beat of the cajita, the quijada and the cajón, to the rhythm of a zamacueca, a festejo and a good landó". This is an excerpt of the lyrics of “Poema”, the opening track of the album, the rhythmic base accompanies Chinchilla's voice and then increases in a crescendo that announces the paths to be explored by Perkutao. “Azañero Colorao”, “Trucutum Kiti Pa” and “Cancha con Sabor”, composed based on minor percussion (cajita, quijada), zapateo and cajón, respectively, are compositions that serve as an introduction, a tribute to the essential instruments of the Afro-Peruvian tradition. The last one in particular already defines Perkutao's style: a trepidant and orgiastic rhythm, hypnotic and hard hitting, Dionysian and cathartic. With “Madre África” and “Al Tayta Bukense”, for djembes and congas, respectively, we find Perkutao retaking the Afro-Cuban heritage embedded to the Afro-Peruvian sounds, abakuá and festejo. “Lloraré”, a version of a famous Cuban song, mirror the ensemble's fascination with Caribbean music (salsa is another genre cultivated by its members).
“Mis ancestros” is an album about a tradition, but it is also a renewal. Perkutao opens a new direction for Afro-Peruvian music, its sound is an evocation and the here and now, it is deep-rooted but freely flowing percussion.