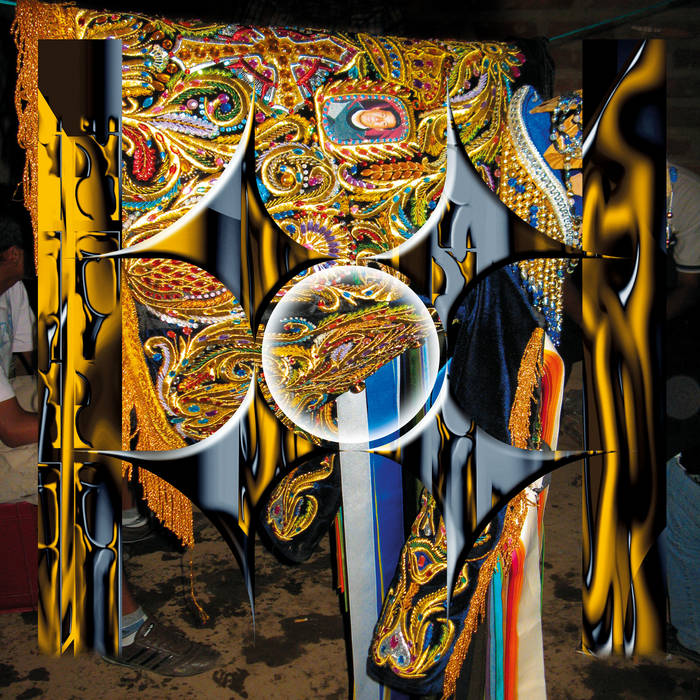 Sajjra gives birth to 'Synthexcess', a new album to be published on vinyl by the label Buh Records. 'Synthexcess' was recorded between 2016 and 2017 in Rotterdam and it is a collection of telluric, ethereal, unique and unclassifiable songs. Sajjra’s sounds can call forth the resonance of Andean brass orchestras or of sublime natural landscapes. They emanate textures and rhythms that evoke urban and rural soundscapes mutating in epiphanies full of noise, color and trance.

Chrs Galarreta Pando (Peru, 1976) is one of the important figures of the South American experimental underground. Going back and forth from Europe to his homeland, he has been experimenting with noise in a strictly DIY way since 1995. This philosophy has led him to expand his abilities into realms such as harsh-pop songs, experimental music, installation art, software hacking, free improvisation and electroacustic compositions. He is a man with many aliases and side projects: Aloardi, DiosMeHaViolado, Evamuss, Chrs, Tica, and Invisible Architecture among others. His song project Sajjra emerged from the depths of the Uku Pacha in 2012, merging psychedelic songs with andean-tropical music and sound experimentation. With the release of the two albums 'Sajjra' (CD, Aloardi, 2013) and 'The Sun Remains The Same' (12" Vinyl, Aloardi/Urbanoide/Fougère Musique, 2015), Sajjra fascinated the Peruvian alternative media, who chose 'The Sun Remains The Same' as album of the year 2015.

“Synthexcess” was recorded and arranged by Sajjra (A.K.A. Jorge Christian Galarreta Pando) at Rotterdam between 2015 & 2017.

Songs 01, 03, 05 and 06 originally composed by Galarreta in Lima-Peru between 1993 & 1996. Songs 02 and 04 were reworked by Galarreta on 2017 as subversive echoes of the Peruvian traditional songs “Falsía” (of Emilio Alanya Carhuamaca) and “Aguas del Río Rimac” (of Víctor Alberto Gil Mallma, “El Picaflor de los Andes”).

For any re-edition, copy or comercial use of the tracks included in this LP get in touch with the autor of the tracks.