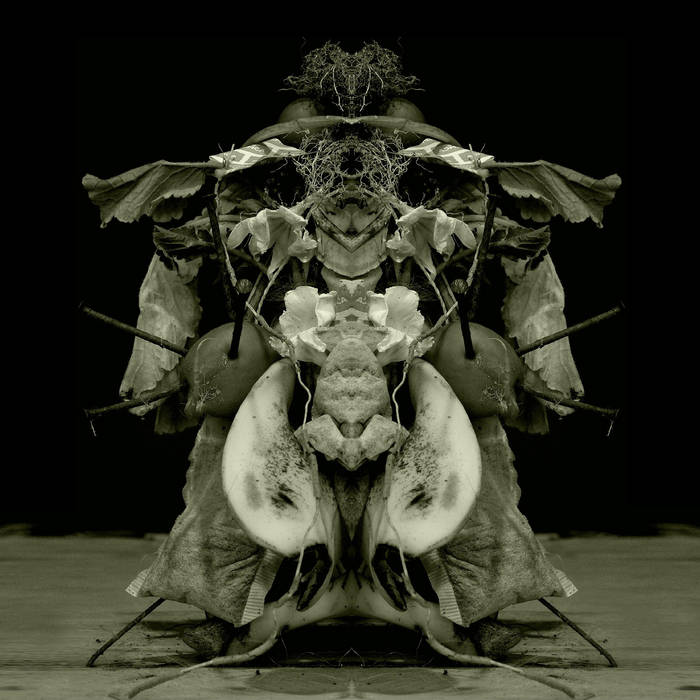 jiristepan Collage as a living organism, where contexts do not work in the traditional sense. A mystical approach to listening is a plus, but exploring fragility and light flickers goes well without believing in the ghosts of the electronic forest. A journey into the subtext.

The Czech group Gurun Gurun is made up of Tarnovski, Tomáš Knoflíček, Federsel, and Ondřej Ježek. who took their name from the fictional planet in the old school Slovak children’s TV show She Came Out of the Blue Sky. Uzu Oto is his first album for the Peruvian label Buh Records.
Since the beginning, it has been clear that apprehending their working and reflecting it would be a tough nut to crack. Is this even a band? Do they play compositions or is it all improvised? On the stage, you see four men hunched over tables overflowing with strange objects, hard-to-identify electronic devices, musical and non-musical instruments, and a chaotic tangle of cables, producing slow, constantly developing melodies and a hypnotic atmosphere that works a little like falling through a strange wormhole full of sounds, noises, and soft female vocals, mercilessly sucking you in, forcing you to collapse into yourself and enter a parallel universe.
They have played concerts across Europe, including London’s Café Oto, as well as successfully touring Japan. They have shared the stage with artists including Michael Gira, Tim Hecker, Robert Aiki Aubrey Lowe (Lichens), Keith Fullerton Whitman, Kate Carr, and Lichens.
This new album, Uzu Oto, was also created in concert – each track at a different show. Despite this fact, GG do not consider it a traditional live album. And as this group generally exists independently of our common conception of time, the history of the new recording reaches back to before theird previous record, Kon B. Uzu Oto features the Kyoto-based singer Cuushe and Asuna, a sound artist from Kanazawa. The LP cover is by Czech artist, inventor, and sonic anarchist Petr Válek.
Attending a Gurun Gurun concert is like taking part in an expedition by a pack of monkeys to explore the wreckage of a spaceship that was shipwrecked a long time ago. Their improvised live sets are a mix of post-club-music deconstruction, metamorphosed acoustic and electronic sounds, generative music, and musique concrète. This is also the spirit of Uzu Oto. No, this is not music to play while you wash the dishes. Or perhaps it is, but you have to factor in the fact that the dishes will become a tangle of roots, threads, ropes, lianas, and spider webs. And that your entire kitchen may well catch on fire.